In a recent report, EA confirmed Madden 21 will be released in 2020, along with multiple EA titles, including FIFA 21, Burnout Paradise Remastered and Command and Conquer Remastered.

Due to the COVID-19 pandemic, many sports activities have been delayed or canceled, and before that, someone speculated that the release of Madden 21 will be postponed, fortunately, it is indeed to be released as before. Madden 20 was released in August 2019, and Madden 21 is hoped to arrive this August, and Lamar Jackson will be on its cover.

As you all know, E3 was canceled at the beginning of the coronavirus outbreak, but now it was back. E3 will be streamed on Thursday, June 1, 2020, until then, there will be more games to showcase through live or community content. 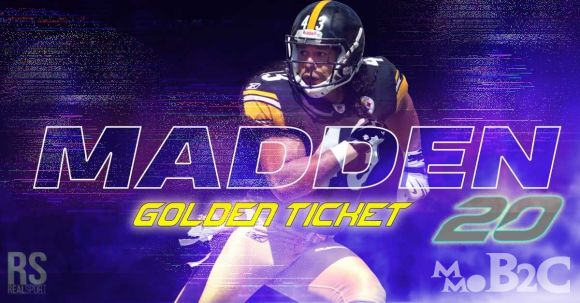 During this special period, in the absence of real-world sports, more people turned to video games, so the number of Madden 20 users has continued to increase in recent months, but this is not sure whether it will continue until the release of Madden 21.

In the coming months, more news about Madden 21 features and game modes will be released, showing that this is still a season worth playing.

When Madden 21 is released, Madden 21 coins provided by MMOB2C can still help you a lot, it has sold a lot of MUT 20 Coins and good reviews. MMOB2C is a store that can be checked on Google, Until its release, you would be the first ones to use coins to buy cards and packs to improve the competitiveness and strength of Ultimate Team.

MMOB2C was one of the first professional mediators of game services on the Euramerican market. By now, we have more than 20 years of experience. MMOB2C - Your mediating partner in the world of games and online gaming! You will be delighted by our quick delivery, our wide range of products, and our great service. Your MMOB2C Team